Venice had no architecture to call its own. In order to acquire one, the Venetians stole those of others: Venice is a transfigured Constantinople as Constantinople was a transfigured Rome and Rome a transfigured Greece. In his The Secret Lives of Buildings, Edward Hollis retells the story of the Basilica of San Marco as one of theft and appropriation, of translation and transmutation: The Venetians, dreaming of “a destiny consonant with the greatness of their lost heritage”, decided to steal themselves a past in order to conjure themselves a future. They looted the Byzantine capital and shipped their booty to the Arsenale. It was later used to cover the nakedness of their new-built basilica with the treasures of the sanctuaries from abroad: porphyry, pilasters, pediments of marble, pieces of bronze sculptures, mosaic chips. Fragments of sculptures were bolted together, disembodied heads attached to headless marble bodies. The Basilica of San Marco is an outstanding example of architectural appropriation and strategic bricolage; a capricious, yet mute monument of re-signified history based on a cultural production that derives from destruction.

Danh Vo’s exhibition at the Danish Pavilion follows a slightly similar, although obviously less imperialistic and violent strategy of gathering and amalgamating objects from various origins. In his case, the borrowings serve to construct a narrative matrix that links personal experience with broader historical and socio-political issues: the precious spoils of the past speak about cross-culture exchange, transformation as well as his family and past. We do not have to repeat that Vo’s family fled from Vietnam and was rescued by a Danish freighter, the nationality of which determined the refugees’ future. This fate has played and will play a significant role in Vo’s neo-conceptual artistic practice based on found objects, letterings, documents, and photographs. But in this well-staged exhibition in the restored Danish pavilion, with reopened windows and reinstated original colours on window frames and skirting boards, the purely biographical slowly vanishes in favour of more abstract, historically informed references.

Medieval sculptures meet Hellenistic marble fragments in a space of elegant emptiness. Christian iconography and pagan belief merge in the blending of disparate, yet matching objects. A fragment of a wooden cherub’s head from the 17th century is stored in a Johnnie Walker crate; a Greek-marble torso of Apollo, sliced lengthways, lies in a wooden box bearing the logo of Carnation milk, the face turned away. These compositions, based on history’s fragments and their secret lives, would like to tell of travel and trade, colonization, and migration (the square-shaped whisky bottles allowed more bottles to fit into crates). However, turned into a decorative spectacle, they look like shape shifters with a polyphony of meaning doomed to be silent.

In the pavilion’s central room there is a white crystalline Greek-marble sarcophagus fragment from Rome, dating from the end of second century AD, that serves as pedestal for the Virgin of Annunciation carved from poplar wood with traces of polychrome from the school of Nino Pisona, c. 1350. It stands in the middle of a space draped in red silk. The silk is dyed with reactive chemicals, specifically cochineal, which was used by indigenous cultures in Mexico and Peru for dyeing and pigmentation for a least two thousand years. Cochineal was exported to Spain in the 16th century, became one of the most valuable commodities of Empire trade and was thus protected as a Mexican monopoly by Spanish law until the invention of synthetic dyes marked its decline. It is the official colour used by the Vatican tailors for the cardinals’ robes (and of course reminds us of the Danish flag).

The handout lists all these facts as if the works were objects in a museum that lose their voice unless we are informed about their origin and cultural value. Everything seems to be tied into a complex system of references, context and conceptual crossovers, but remains silent in its objecthood. The aesthetic value surpasses all lessons in cultural studies. The common denominator of these installations presented in splendid isolation is the titles, all taken from William Friedkin’s 1973 movie The Exorcist. It is the devil that speaks while we admire the beauty of material traces and cultural cross-contamination: “Do you know what she did, your cunting daughter?” What a subtext for a chestnut wood and polychrome Christ figure in Flemish style, produced in Portugal, presumably in fifteenth-sixteenth century, and installed in front of a glass window with the devil’s assault engraved by Phung Vo, the artist’s father.

The rude words are hard to read, though, as they are written on the outside of the window, and maybe the devil’s voice is actually nothing more than a vast echo from his family’s Catholicism, something which Danh Vo speaks of in the booklet accompanying the exhibition. He speaks of other things too, namely his father, who copied the last letter written by French Catholic missionary St. Jean Théophane Vénard before he was decapitated in Vietnam; here, the accurate calligraphy is repeated over and over again in an unlimited edition created by Vo senior’s son. The handwritten letter is executed in ornamental letters in blue ink. Phung Vo does not know French, and copying the letter must be like an exercise in appropriating something without being able to decipher its meaning. Danh Vo likes to let his works speak for themselves too, which makes the Exorcist’s voice-over in its shrill call for attention sound rather desperate. Do we look differently at the cherub’s head sleeping in his whisky box when the label shouts, “Your mother sucks cocks in hell”? But maybe an alienation effect is required in order to stop the visitor from just admiring the sheer beauty of the vintage furniture, the carefully arranged branches from Mexican trees, the marble pieces and medieval woodcarvings. The Finn Juhl table, designed in 1949, with thirty silver coins inlaid into its rosewood surface fits almost too perfectly: The Judas Table it is called.

Over the years (and with his impressive international success), the memorabilia Vo has been selecting for his installations has become more and more precious and prestigious. These are no longer found objects, but carefully chosen items with a significant value in themselves. “Table bench with cushion, designed by Finn Juhl in 1953: rosewood (Dalbergia nigra) and brass edges, yellow foldable cushion (Wales wool on cotton backing), designed by Hanne Veddel,” reads one description. One of these benches is part of 03.01.1752, an assembly of Chinese glazed stoneware plates covered with shells that must have been stored in the sea for centuries after the vessel shipping them sank.

Another one displays the invite for the exhibition, a carrousel pop-up cake designed by Kirstine Suhr that already served as an invitation for Vo’s Hip Hip Hurra show at the National Gallery of Denmark (SMK) in 2010. Back then the paper cake came with little Danish flags and a candle: a DIY kit to celebrate the country. The Venice version was wrapped in an envelope with a picture of a Vietnamese child, maybe the artist himself. A candle and confetti flags were part of the package too.

Is this the point where we have to inquire about the “Danishness” of this pavilion? The choice of Vo is not a bad one since he represents a generation of artists and curators who do not care much about nationality. At the same time the idea of belonging, of history and identity – chosen by himself and imposed upon him by others – plays an important role in his work. That is why there is – even though everything on display derives from countries as different as Flanders, Denmark and Mexico and ranges from the 14th century until today – indeed some kind of Danishness to be found in this exhibition, which is tellingly called “mothertongue”. This is a mythic kind of Danishness, a myth that discourse has cemented over time: vintage furniture, the colour red, the sparse, yet elegant design. Even Vo’s neo-conceptual aesthetic itself has a look that the globalised art world would identify as Nordic.

But then again these references are just some of many. All the objects that Vo selected and amalgamated form a perfect match. Each piece tells its own story of local meaning encoded in a specific materiality, a shape or a colour. Everything in this pavilion could be taken as an example of object-oriented cultural migration. Everything refers to a specific context and how this has shifted through time and history. Each piece also pretends to say something about the artist’s biography, even though the first person singular is hardly audible in the concept-store-like arrangement of art works.

Installed with precision and clarity, Vo’s pavilion is a relief after being confronted with the sheer amassment of art works in the main exhibition curated by Okwui Enwesor. Empty space and the surrounding architecture are crucial elements in the presentation of his work, with their traces of subtractions, additions, divisions. Where form and function have little to do with one another anymore, the space becomes the unifying signifier. But is that enough? A contemporary aesthetic collaged over the layered substrates of previous historical epochs? The strategy of this pavilion works out perfectly, especially against the backdrop of Venice and its architecture based on clever theft. People will love it. However, in the end it is just a well-done show that would work similarly well in any of the artist’s galleries. Marian Goodman in London may have proved it earlier this year: the Apollo and cherub in their profane commodity shrines must have looked stunning in her spacious gallery.

– Vanessa Joan Müller is a German art historian, writer and head of dramaturgy at Kunsthalle Wien. She lives and works in Vienna.

Danh Vo will represent Denmark at the 56th Venice Biennial in 2015.

Julie Ault’s exhibition at Signal i Malmö explores and challenges the archive as form while also, perhaps, offering a defense for research art as a project.

A closed glass door with a felt-pen handle and a horse with a gift for mathematics. Judith Hopf gives biopolitics a facelift at Malmö Konsthall.

Jesper Just’s cinematic penetration of the Danish pavilion is extensive and enigmatic. However, one senses the Danish Art Council’s desire to govern and simplify. 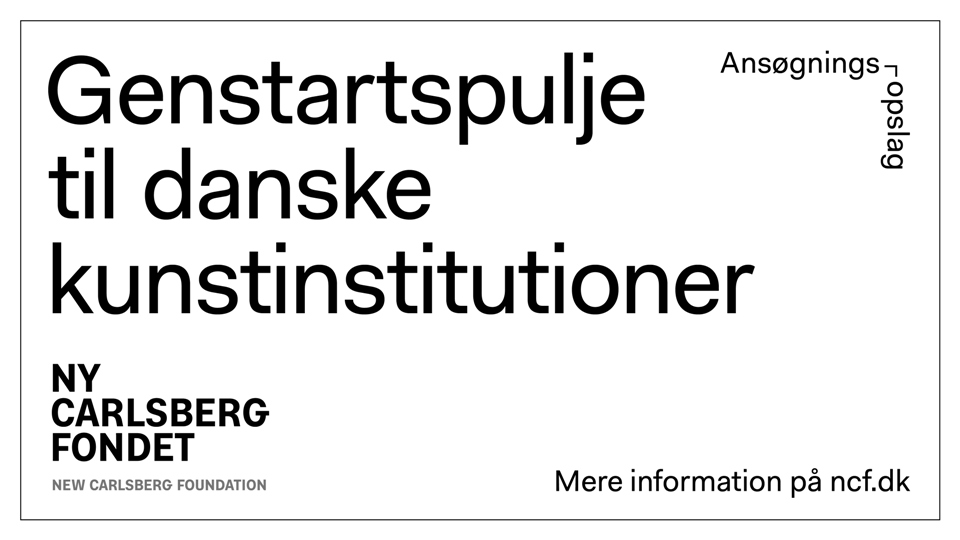 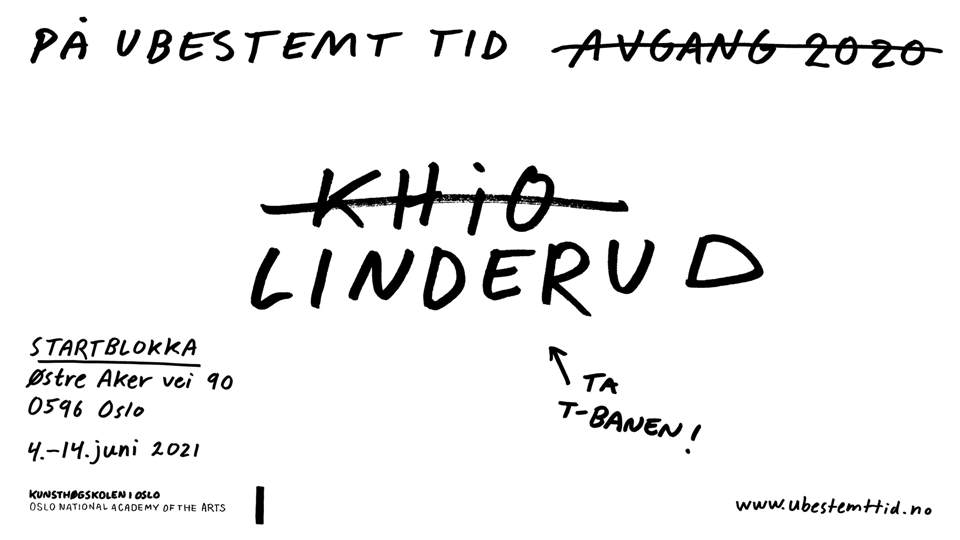