It‘s been four or five years in the making, but 2015 has got to be the year in which the whole weight of the Post-Internet discourse comes crashing down on us. Little more than a year ago Susanne Pfeffer’s exhibition Speculations on Anonymous Materials at the Fridericianum in Kassel marked its arrival as a subject, and delivered the message to a broader European audience: the chunky catchphrase had received institutional blessing. When institutions appear to chase the rarified spectacle of crowd-pleasing blockbusters, the turn to the aesthetics of the web and strategies of ubiquitous presence makes sense. But what sense exactly – and how to reflect on its repercussions? Questions like these have viewers, critics, writers and curators struggling. Does it really offer new perspectives? Or is the Post-Internet phenomenon all market-driven and essentially conformist hyperbole?

If any other proof of the virulence of these ideas was needed, the feedback on the New Museum‘s current installment of its triennial Surround Audience offered the latest reminder that the notion of Post-Internet is not as hollow as it may have sounded in the beginning. Apparently the art on show made a strong case in negotiating the sneakily changing relations of the physical and virtual, and the effects on social, political and cultural worlds bleeding into the mainstream. At least from a distanced, mediated and cursory viewing, Surround Audience appears to present the audience with new artistic expressions to address and reflect a whole range of new topics and narratives (see Pernille Albrethsen‘s take here). It seems that young artists are finding ways to scratch an itch that we never imagined art could reach. If anything, the title Kenneth Goldsmith, UbuWeb founder and poet, gave his creative writing course at the University of Pennsylvania – “Wasting Time on the Internet” – and the amount of press coverage this produced shows that even academia has entered different times. Hey, Mama, we’re all post-internet now!

After all, the technological landscape has been changing, leaving an impression on everything, not least the economy, and not only on an abstract level. Everyone is feeling it: as private consumers, in the workplace. It‘s hard to forget just how directly the facets of everyday life are connected, or how daily lives are structured by the negotiation and experience of the proximity or distance between fun and work, the intimate and the public, the personal and the political. It‘s creepy, this thing with freedom and surveillance, viewing content and being monitored by and with the devices that give you access to it. It‘s a Faustian pact.

The same could be said of how Internet companies are making fortunes for the very few while not providing jobs for the many; quite the opposite of what the old-fashioned production companies did. Is it a fast money grab? It does succeed in making Internet start-ups the new rock stars. But then the computer/internet/digitalization-driven industry continuously introduces new apps with the promise to make life simpler, more enjoyable, but does so much on the back of traditional middle class and blue collar jobs: bank clerks, traveling agents, salespeople in bookshops, record shops (hey, isn‘t vinyl making a comeback?). Thomas Piketty outlined this resourcefully in his Capital in the Twenty-First Century, portraying a society controlled by the lucky few. These are also part of the conditions under which critics still write for their respective media. While posting niceties on Facebook, conducting research on gallery websites and seeing artwork online.

The online reflection of events – political and cultural – is not only important to those who spend much time online; it also creates endless loops of feedback (such as when news programs on TV quote comments on social media sites). It‘s not an alternative, it‘s an add-on that can distract, confuse, dilute. By adding layers of information it explodes, fractures, enlarges the potential of anything. Undoubtedly dealing with this requires new skills and contributes to a sensitivity that is different to that of a traditional scholarly critic (maybe this is one reason why many young artists are interested in poetry?).

How to reflect this condition in writing on art? How to revise the criteria we apply? Can the language we have used to describe art so far still be used to mediate and evaluate the new forms of art we are confronted with, and the ways we are confronted with it? Must, should or can writing about art adapt? Do we require more radical changes? Have these already occurred or been implemented? Maybe not in the traditional media, art sections of daily newspapers or the art magazines, but instead in individual blogs, or other online formats such as web-based Rhizome or DIS Magazine?

The editors of the latter contributed an installation to New Museum’s triennial, and are the designated curators of the upcoming ninth Berlin Biennial, marking a moment where the new generation takes over the role of institutional authority for the first time.

A surprising space is occupied by the self-proclaimed “vernacular criticism” of art critic Brian Droitcour’s contributions to Yelp, a popular site for user reviews, appropriating the short, factual form common there to evaluate museums or galleries. (Droitcour not only wrote in the publications accompanying the show in New York, but also edited an anthology of poetry, The Animated Reader, as part of it.) So, what is the state of language, academic and vernacular, written and spoken, in relation to the arts? Looking at press blurbs, art world lingo, Facebook or Twitter comments – how does our exchange in these media reflect back on the conceptual framework of criticism, its topics, its motives, and the critics themselves? How is the critical reception of art and its written forms changing? Is there a new paradigm that needs to be addressed? Or that makes it necessary to look at art and speak about it in a different way – in quantifiable Facebook “likes”? Why do we want to “like”? Does art need to be “like”-able? Or should we launch a website exclusively for negative reviews?

“The institution of the author does not exist anymore,” critic Kathrin Wittneven suggested when I asked her. A prolific chronicler of the Berlin art scene of the last fifteen years, she recently went back to school, to teaching art to children, and to getting more hands-on about mediating contemporary art. The concept of ‘audience’ has changed as well, she said, and added: “Text, like music, has turned into something that is widely and diffusely available today.”

Writers experience this development just like musicians, whose profits plummet as their music can be downloaded for free all over the web. Following the logic of the attention economy the way out can only be growth: creating ever more buzz and spreading good vibes. Should critics simply be content to be art-market fluffers? And is the whole Post-Internet art scene, with its fascination with the latest technologies, merely a fad, a market-driven piece of entertainment to distract the art world from the more important issues going on? Or could we regard it as the first signs of accelerationism in action, tolling the bells for the capitalist cult of innovation?

Discussing questions like these over the last years with various protagonists in the expanded field, I decided to conduct this survey, but to narrow my questions down to this deceivingly simple question: Post-Internet criticism – is it a paradigm shift or generational shift?

The basic binary maps out quite an expansive terrain, hills and valleys allowing for different perspectives. Starting from my immediate environment in Berlin, I approached professional authors, editors and curators, expanding my research as I went along. Admittedly this survey is Berlin-centric. But it was important for me to ask protagonists who deal with texts on art in daily life, and whom I know to have their ears close to the ground. This includes contributors to major German daily papers, international news magazines and international art magazines, as well as web-based publications; specific examples include Der Spiegel, Die Welt, Süddeutsche Zeitung, Frieze d/e, Kaleidoscope, 032c, and web-based formats such as Kunstkritikk and radicate.eu, but also artists’ projects such as Matthew Burbidge’s “Essays and Argumentations” and Róza El-Hassan’s blog on her art and political activism.

I asked the writers to speak for themselves, and their stances vary. It’s important to remember that the survey reflects their individual professional involvement as much as views on art writing in general – what you can or should expect of good art writing, and what not. Not everyone agreed with my initial idea, which may come down to my way of putting the question, but in general the responses affirmed my suggestion that there is a new way of writing and thinking in and about art. It concerns strategies of critique, changes of narrative structures, diversity of formats and subjects, and the rejuvenated social aspect in art and writing about it. Terminology may be the least to worry about.

A first version of this article was published by /100 (vonhundert) magazine, Berlin, December 2014.

The triennial at the New Museum in New York did not deliver what you might expect – instead, it accurately diagnosed a generation, offering a reference point for the years to come.

Before Post-Internet Art there was Internet Art. It is time to consider the links between the two.

The New Museum Triennial opens this week. A post-ISIS baby, it comes into this world at a time of impending global economic and climate doom, yet it brings positive future scenarios. 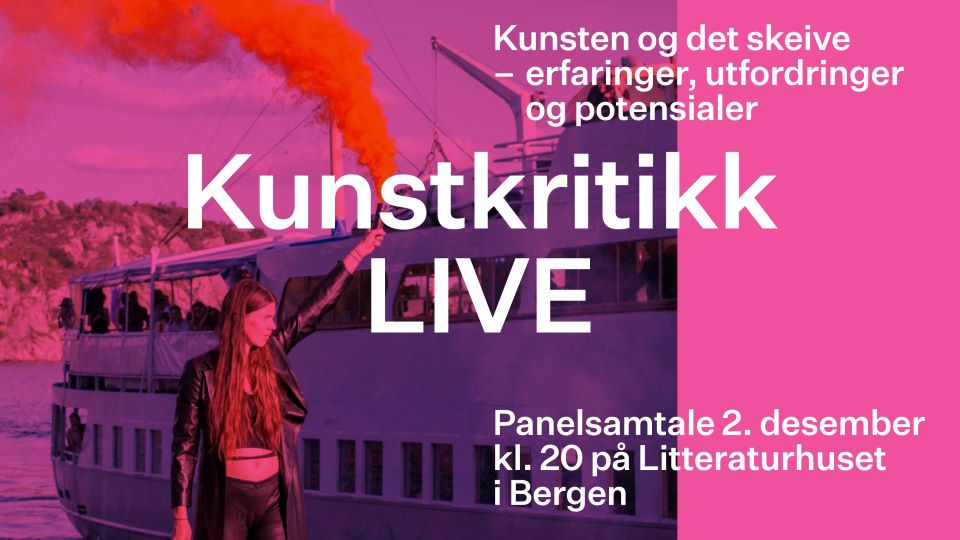