On Wednesday 22 May, senior curator at the Munch Museum in Oslo, Natalie Hope O’Donnell, received the Norwegian Art Critics’ Award 2018 for Munchmuseet on the Move. Started in 2016, this ongoing contemporary art project has realised fourteen different subprojects in collaboration with several other institutions – all in the area between the museum’s current location at Tøyen and the new museum in Bjørvika, which will be inaugurated next spring. In the award announcement, three major subprojects from 2018 are highlighted: Sara Eliassen’s The Feedback Loop, a series of lectures, public interventions, and exhibition; the art group Trollkrem’s performance series Trollkrem Import; and Marjolijn Dijkman and Toril Johannessen’s video Liquid Properties. “The Munch Museum will continue to be ‘in motion’ even after we have moved to the new building,” O’Donnell said to Kunstkritikk, stressing that the museum will be conscious of its responsibility for the art scene in Oslo. Interviewed about her work, O’Donnell says that most of what she does is informed by queer theory perspectives, or what she calls an “extended queerness.” “By that I mean considering ‘the other’ in everything: time, place, space, language, tradition and power structures,” she says. Read the story in Norwegian here.

Another major Nordic art prize, the Danish Art Critics’ Award, has been cancelled, or at least postponed until after the summer. The members of AICA Denmark, the Association of Danish Art Critics, were informed by their board in an email this week. The reason behind the decision is the withdrawal of financial support from the the Visual Arts Committee of the Danish Arts Foundation, which has supported the prize for the last twenty-four years. The rejection is a consequence of a change in policy: from now on, the Visual Arts Committee will offer funding exclusively for art production. The new policy was introduced without notice, just as the twenty-fifth award was about to be announced. The board of AICA Denmark states that it should be “in art’s greatest interest to support art criticism,” and that it believes the Visual Arts Committee “is failing the arts by focusing so narrowly on art production.” AICA Denmark is now in the process of finding alternative funding for the Art Critics’ Award.

Saturday 25 May marks the official opening of the first edition of Oslobiennalen, a biennial in public space in Oslo that will, despite its name, last for five years. Many of the projects that will be inaugurated this weekend are permanent works in public space, like Hlynur Hallsson’s multilingual text-based work Seven works for seven locations, and Lisa Tan’s Other Artists, consisting of a printed text and the renovation of the public toilets in Myntgata 2, the building housing the biennale office as well as sixty artist studios. Several temporary works will also be presented, some of which will be seen in the streets of Oslo throughout the summer, like Ed D’Souza’s Migrant Car, a sculptural artwork that will move around in the centre of Oslo. Julian Bismuth’s performance around the city, and the artist collective Rose Hammer’s first theatrical piece will only be available this weekend, whereas Marianne Heier’s and Mette Edvardsen’s performative works will be reprised in the coming week. On Monday 27 May, there will be a “Prologue Symposium” featuring Binna Choi, Claire Doherty, Dmitry Vilensky, Dora García, Farid Rakun, Jesús Fuenmayor, Lara García Díaz, Marianne Heier, Marius Grønning, Mikaela Assolent, Paul O’Neill, Ruben Steinum, Shwetal A. Patel, Tereza Stejskalová & Vít Havranek, and Ulrike Neergaard.

The Chinese artist Ai Weiwei visited Copenhagen this week to attend the court hearing for his case against Skandinavisk Motor Co. A/S for copyright infringement. In 2017, Ai’s installation Soleil Levant at Kunsthal Charlottenborg in Copenhagen was used as a backdrop for a Volkswagen advertisement. The installation, which was created for World Refugee Day, barricaded the windows of the building with more than 3500 life jackets collected from refugees arriving at the Greek Island of Lesbos. In an Instagram post, the artist characterisedthe use of his artwork as a brazen violation of his intellectual property and moral rights. “The infringing material was circulated to over 200,000 people, giving the false impression that I had authorized Volkswagen to use my artwork in its ad for the new Polo,” Ai wrote. According to the Danish news agency Ritzau, the car company’s director, Ulrik Drejsig, claims that they used the artwork by coincidence, as the car was photographed in different “beautiful locations.” Kunsthal Charlottenborg has stated in a press release that the judicial proceedings will not only be of importance for Ai Weiwei, but will also determine future protection of all artists’ rights in the public sphere in Denmark.

“I think my work will be characterised by my interest in collaborating with business partners as well as working closely with the artists. When you succeed in combining the commercial and the intellectual, the result can be something quite amazing,” Saskia Neuman, the new director of the Stockholm-based art fair Market told Kunstkritikk. Neuman comes from a position at Absolut Art Award, where she has been the head and global art manager since 2013. She has also worked with institutions like Kunst-Werke in Berlin and the Venice Biennale. Market promotes itself as “the leading Nordic art fair,” with its main focus on Nordic galleries and artists. In addition to continuing the process of internationalising the fair, Neuman plans to establish new collaborations and introduce programme activities that will run throughout the year. Stressing that she wants to create an inclusive arena, Neuman said: “We want collectors, artists, journalists, and other audiences from all over the Nordic countries and the world to gather in Stockholm, and for Nordic artists and professionals to be able to call Market their own fair.” Read the story in Swedish here.

New directors at Malmö Art Museum and Art Hub Copenhagen, artist lists from the biennials in Gothenburg and Lofoten, and other news from the Nordic art field.

Nordic galleries initiate a new art fair in Basel, Pussy Riot members are granted asylum in Sweden, Bergen Assembly takes a stand against far-right ideology, and other news from the Nordic art field.

An open letter on cultural politics in Denmark, an honorary award from Oslo Open Art Festival, a record-breaking Hilma af Klint show, and other news from the Nordic art field. 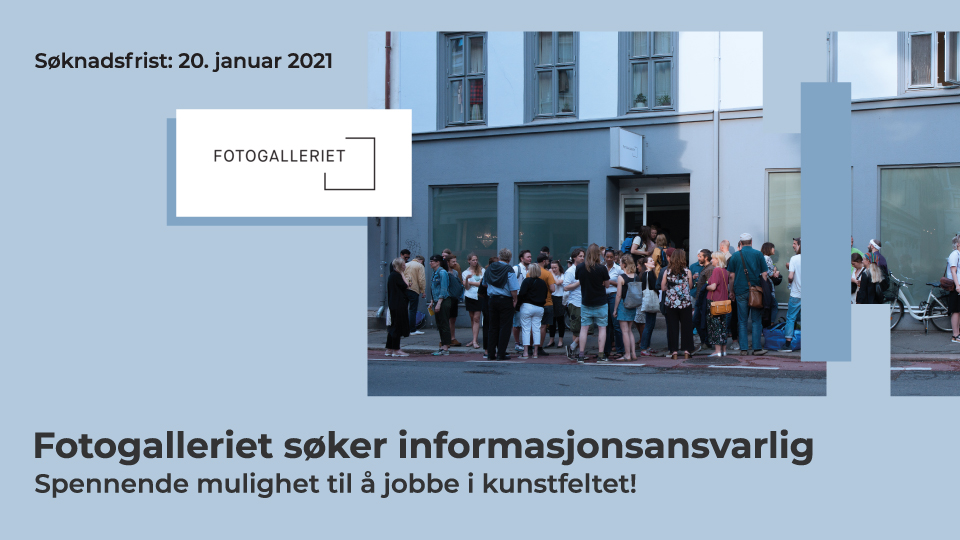